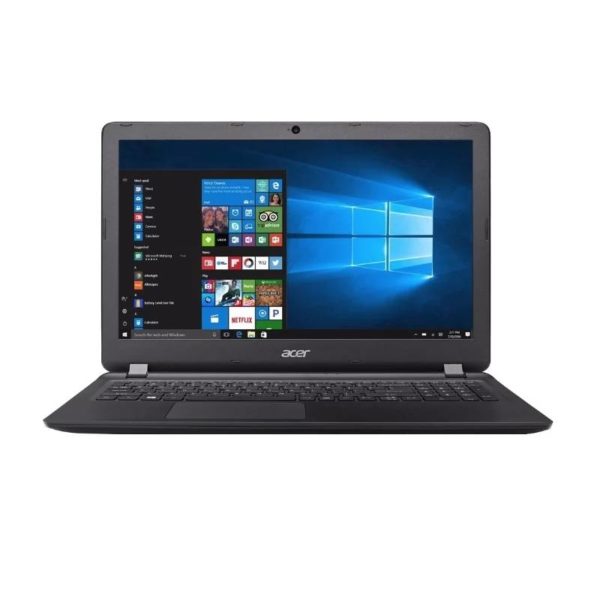 A laptop, often called a notebook or “notebook computer”, is a small, portable personal computer with a “clamshell” form factor, an alphanumeric keyboard on the lower part of the “clamshell” and a thin LCD or LED computer screen on the upper part, which is opened up to use the computer. Laptops are folded shut for transportation, and thus are suitable for mobile use. Although originally there was a distinction between laptops and notebooks, the former being bigger and heavier than the latter, as of 2014, there is often no longer any difference.Laptops are commonly used in a variety of settings, such as at work, in education, in playing games, Internet surfing, for personal multimedia and general home computer use.

A standard laptop combines the components, inputs, outputs, and capabilities of a desktop computer, including the display screen, small speakers, a keyboard, hard disk drive, optical disc drivepointing devices (such as a touchpad or trackpad), a processor, and memory into a single unit. Most modern laptops feature integrated webcams and built-in microphones, while many also have touchscreens. Laptops can be powered either from an internal battery or by an external power supply from an AC adapter. Hardware specifications, such as the processor speed and memory capacity, significantly vary between different types, makes, models and price points.

Design elements, form factor and construction can also vary significantly between models depending on intended use. Examples of specialized models of laptops include rugged notebooks for use in construction or military applications, as well as low production cost laptops such as those from the One Laptop per Child (OLPC) organization, which incorporate features like solar charging and semi-flexible components not found on most laptop computers. Portable computers, which later developed into modern laptops, were originally considered to be a small niche market, mostly for specialized field applications, such as in the military, for accountants, or for traveling sales representatives. As portable computers evolved into the modern laptop, they became widely used for a variety of purposes.

Since the introduction of portable computers during late 1970s, their form has changed significantly, spawning a variety of visually and technologically differing subclasses. Except where there is a distinct legal trademark around a term (notably Ultrabook), there are rarely hard distinctions between these classes and their usage has varied over time and between different sources. Despite these setbacks, the laptop computer market continues to expand, introducing a number of laptops like Acer’s Aspire and TravelMate, Asus’ Transformer Book, VivoBook and Zenbook, Dell’s Inspiron, Latitude and XPS, HP’s EliteBook, Envy, Pavilion and ProBook, Lenovo’s IdeaPad and ThinkPad and Toshiba’s Portégé, Satellite and Tecra that incorporate the use of laptop computers.

The form of the traditional laptop computer is a clamshell, with a screen on one of its inner sides and a keyboard on the opposite, facing the screen. It can be easily folded to conserve space while traveling. The screen and keyboard are inaccessible while closed. Devices of this form are commonly called a ‘traditional laptop’ or notebook, particularly if they have a screen size of 11 to 17 inches measured diagonally and run a full-featured operating system like Windows 10, macOS, or Linux. Traditional laptops are the most common form of laptops, although Chromebooks, Ultrabooks, convertibles and 2-in-1s (described below) are becoming more common, with similar performance being achieved in their more portable or affordable forms.

Reviews (0)
Be the first to review this item. Share your rating and review so that other customers can decide if this is the right item for them.
Write a review
Cancel reply
Shipping methods

Flat rate
Lets you charge a fixed rate for shipping

Free shipping
Can be triggered with minimum spends of 200$

Local pickup
Allow customers to pick up orders themselves. By default, when using local pickup store base taxes will apply regardless of customer address.

Direct bank transfer
Make your payment directly into our bank account. Please use your Order ID as the payment reference. Your order will not be shipped until the funds have cleared in our account.

PayPal
You can pay with your credit card if you don’t have a PayPal account.